Any updates on this front? I need my ETQW fix (yes I now I can direct connect, but would be much better with the master server back online… or… or steamworks

Everyone transitioning to WFH around the globe has made progress on this front extremely slow going.

I asked yesterday and there’s been no movement as yet, but we’ve not forgotten about you!

@Moobabe
Any chance you could speak on the current plan?

Are Activision going to turn the server back on? Doesn’t seem likely as you’d think it would have happened by now.

Are SD going to host/maintain the server?

Is the game going to be updated to work without a master/authentication server?

Also, is bureaucracy or man hours that are the primary road blocks presently?

My hands are tied a little bit on this as you may expect. Given the age of ETQW, the changes that have happened at any number of companies involved in it (including Splash!) etc etc

What I will say is there’s a number of solutions being explored, each involves various levels of bureaucracy and man-hours.

It’s all being discussed, though, and I really hope we have a resolution of some kind soon.

Okay, appreciate the response at least, hope to hear more when it’s possible to share.

It’s just good to know that you are still working on this. ETQW is literally what I consider the best mp in gaming and it really would be a sad day to see it go. Keep up the good work, and more importantly stay safe!

I’m checking back every few days for an update on this, I’m also gathering any information about Demonware’s implementation in ETQW for a potential master server replacement

Looking for wireshark sniffs from when you were able to login, cheers

Well, I guess this is the final nail in the coffin, then.

Thanks for looking into this and just wondering if there are any update on this please? I have literally bought 6 copies

to relive my old days with ETQW, so I can play with friends and families. This has to be the best team based multiplayer games, which I cannot seem to find others (people have mentioned Team Fortress 2, not given that a chance yet).

On a separate question, I have set up my dedicated server, but this is complaining about the server not authenticated, just to confirm that this is related problem?

Thanks again, keep up the good work and hope we get top hear some good news!

Check out the TAW ETQW community on Discord - hang out with 298 other members and enjoy free voice and text chat.

Tbh, I did try out the TAW EU server recently, unfortunately I didn’t know the rules (use of heavy weapons) and got kicked out of the server (by votes), so apologies to the players, I should have read the rules first.

I remembered playing the TAW clan members many years ago when I was in a clan as well (can’t even remember the clan name :D, but I was playing as FartSimpson or Deadmeat), the TAW members were a really nice bunch of people to play with.

BTW, I’m not sure whether this is the place to mention this, I did manage to get my server recently “going public” to be played using the Direct Connect method without the need to authenticate with the master server. Just to note, this is a hack that I have found from another forum, hence I’m not sure if this should be mentioned, but consider I have bought 8 copies of cheap ETQW on eBay

, I really wanted to play with friends and family, it was the only way I can get around this.

Tbh, I did try out the TAW EU server recently, unfortunately I didn’t know the rules (use of heavy weapons) and got kicked out of the server (by votes), so apologies to the players, I should have read the rules first.

It’s a “soft” rule that heavy vehicles not be used until 6v6, but is generally discouraged.
Sometimes when someone starts, people just say “screw it” and all join in. Other times, they vote to kick. However it is a zero minute kick so you should be able to re-join right away. We also have organized games on our custom servers every Sunday and Tuesday, where the servers are typically full and you can use all the heavies you want. In fact, it is encouraged! If you are interested join the Discord and see pinned messages in #tech on how to connect.

I’ll definitely go back on, playing against the computer (even at expert level) becomes a bit boring after a while (not saying I’m good

It’s Activision that owns the full rights to this game isn’t it?

I fully admit I have no idea how digital entertainment ventures work. And I’ll also state that I’m doing this purely out of a selfish desire to see ETQW return into relevancy again.

But wouldn’t either sorting out the game on their behalf by getting it on Steam, or purchase the rights and have SD release it themselves be an easy cash grab? It would only take a few Twitch streamers to give this game a shot for it to be a cult hit once more. Happens all the time.

I fully get that Activision isn’t going to sweat small projects like this. But they’re also not the ones that leave money on the table either. If they want it bigger they could make ETQW part of a classic Activision collection pane on the Battlenet launcher, enticing more people to be vertically integrated. Such a move would be prestigious enough for one of the big suits at Activision to support surely?

It’s Activision that owns the full rights to this game isn’t it?

I fully get that Activision isn’t going to sweat small projects like this. But they’re also not the ones that leave money on the table either. If they want it bigger they could make ETQW part of a classic Activision collection pane on the Battlenet launcher, enticing more people to be vertically integrated. Such a move would be prestigious enough for one of the big suits at Activision to support surely?

The game was developed by SD whereas id Software was the IP holder. The game was published by Activision. In 2009 Bethesda/ZeniMax acquired alongside with id all its IPs including ETQW. With that, all games and online services related with id were transferred to Bethesda; even Korean freemium version of the game, Quake Wars Online; later versions of the game featured ZeniMax logo on it.

Anyway, although, ETQW was officially transferred to ZeniMax, they never bothered to update the game to use non-Activision services which is odd cause even Quake 4 received a minor publisher logo change update… Instead, the game’s ranked mode was shut down around 2011, PunkBuster support was discontinued around that time, the game was delisted from online stores such as Steam in 2012 and it remained in a retail only state up until 2020.

In January 2020, Activision finally figured that ETQW still uses its own servers for authentication (license code/online account activation), then in a responsible AAA publisher fashion, they simply shut down the authentication server which rendered the game devoid of online play for a while.

Thankfully, the community found a way to play it online and few servers still remained populated in the evenings of EU and NA. Not to mention TAW events on Sunday and Tuesday nights that see 16v16 games as of late.

Microsoft bought Bethesda/ZeniMax so it’s up to them now, Carmack may even return 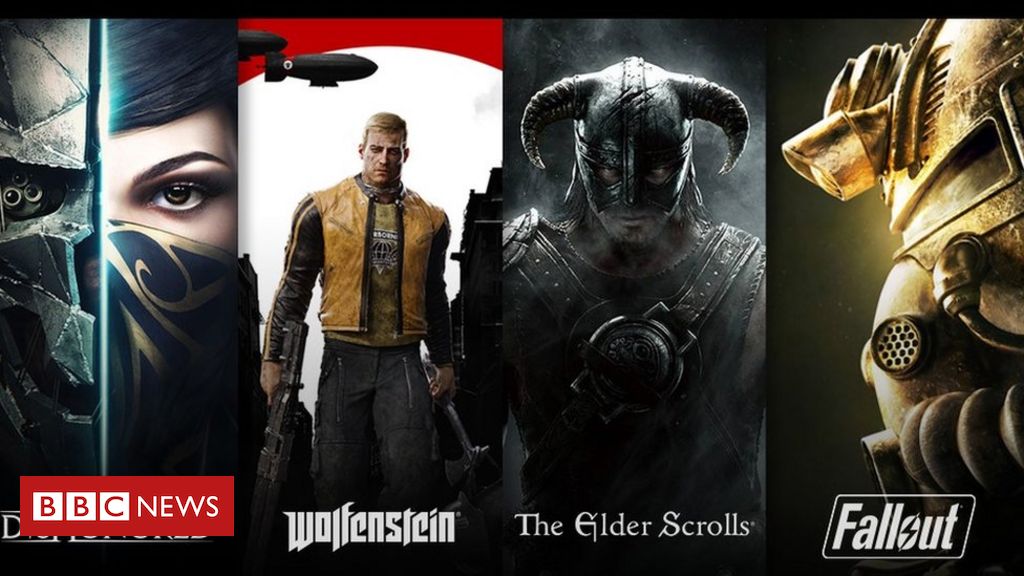 Xbox's owner confirms it has bought the game developer ahead of the launch of the new Xbox console.

Now there’s some glimmer of hope.

I’m going to at least mention it in a feedback post. Complete shot in the dark of course.

On a second thought. Microsoft purchased themselves quite a hornet’s nest. It’ll probably take them a while to sort through all the toxic assets that are contained within Zenimax, like Rune 2 (RIP), Starfield and Fallout.

But eventually they’ve got to stumble across Quake Wars and realise they’ll be able to cash an easy buck on it by putting it in the Microsoft Store again. Login server on Azure, bwammo.

lol, I’d like to see Carmack make do on his threat to come back and see him redo Brink as well as QW

Would it be possible for SD to release the master server files so we, as a community, can run our own master server?