There’s a reason this mod hasn’t been posted on crossfire yet, you summed it up yourself pretty well.

ET:QW wasn’t better than W:ET but I managed to enjoy it for many years, shame all the crossfire sheep couldn’t form their own opinions, as you said only a minority even tried it.

Anyway, I found the post about the “Axis Revenge” project that they started in 2010 but never happened: http://www.crossfire.nu/?x=forum&mode=item&id=31434

The author of that post eiM was one of the project leaders so maybe he can get you in touch with coders etc that help you.

Pausing stuff because of exams. Cya in July/August guys.
Indloon, you still interested in coding?

And @Vividor: Thanks first. Got nothing to add to what Chris said. I will post on crossfire when the mod is released, not before. Got my own “little spy” who got me recruited in the cancelled ET zombies mod, in which I’ll provide models too when I get some free time

it’s been august, any news about this mod?

Looking forward to first release of this mod!

Me too! lol
Takes awful time. We need so much people to help as we are only 4 people involved, and maybe 5 with Indloon.
We want to do the Battery map, with more balanced gameplay in it. It’s hard!
I’ve made a radar model for the map, the one near the axis forward bunker:
ET screenshot
QW screens
QW screens
I’m also working on new Allied soldier model: screen
Cheers guys!

it’s been august, any news about this mod?

It’s the summer so folk are busy, progress is slow but there’s always stuff going on in some fashion. Pre-summer they were exams and such also for people.

Glad to see an update. Unexpected on August.

I have noticed that you guys are using stock etqw assets, I guess you should use custom ones that “fit” better to the whole mod.

Then use photoshop or alternatives, CrazyBump to add some details to the normal map. And a little tricks that I can pm you guys about id tech 4 material system.

I think that guy is more a troll talking “s|-|it” as he likes to say on the projects he doesn’t like or approve or I don’t know else.

SanDIOkan you’re free to not follow what you don’t like, your brain is more “dead” than these projects.

Not first time you post this kind words, I hope to be the last?

My theory about global warming inhibiting human brain signals is starting to be solid.
And that’s sad. Not really for me, but for SCIENCE

@sanDI: I agree about my current project being s |-| i t. That’s why I have changed it so much since it’s real start in 2009-10. Basically, improve or die. If you were expecting another kind of answer or no answer, sorry.

Thanks for the links Sturm, always good help!

I’m just modelling at the moment, tired of mapping as it’s not what I prefer, so those textures might not help me that much for now as I paint myself the textures in Cinema4D, but it’s still nice to have some links to get some when you’re in need.
And I just use ETQW assets to test the models, I will take screenshots in our maps when they are done. ^^
Your mod is nice, don’t worry the trolling.
I’m embarrassed to tell you that I still haven’t checked your mp_beach remake map as I’ve been so busy and just forgot it existed! :o

And to everyone, don’t expect any release date or whatever, because progress is so slow and staff is so little that we can’t have any deadline or try to have some objectives planning!
Indloon is still willing to participate but has had a few problems which makes it impossible for him to code this month, but we finally have one coder in the team!
Still looking for help!

Are you guys including vehicles in this mod? If so…

I may be inclined to revisit some…old endeavors. Especially if you find a coder. 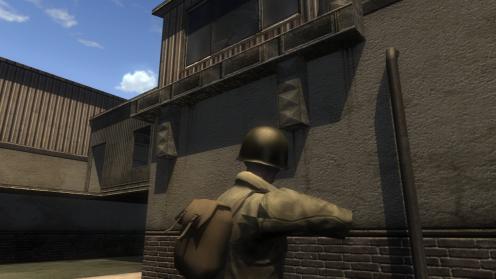 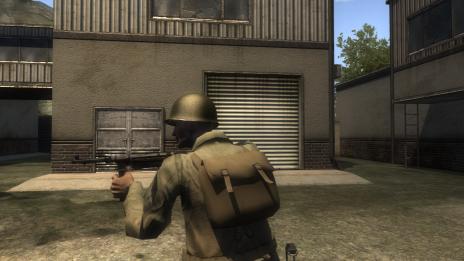 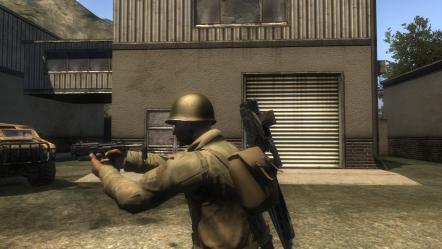 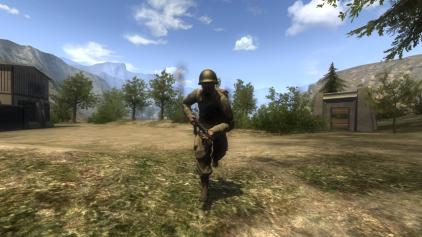 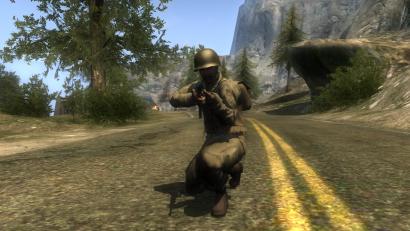 This is old, and it was alright, just self-shadow ****ed up. Although my old axis player has wrong green channel.
Now they’re all alright. Thanks anyway

I’d like to find help on Doom3World, but its Quake Wars forum is not active at all isn’t it?
I’d like to have that BMW motorbike yes, aswell as the volkswagen military car, and tanks etc.
But we only plan to have them on big/special maps, rest should be infantry-only.

We have one coder for the moment, and another who might be able to code soon.

Think what we are trying to do is keep things tad quiet for the moment, build up some material to show off then make some kind of announcement and big appeal for new members, though we’re always looking. There’s been a fair few attempts at new Wolfenstein style games/mods that attract too much attention early on and raise everyone’s hopes up, they assume it’s almost ready for release then moan when it isn’t, it discourages the modders from working on it and the project collapses due to low morale. We are trying to not fall into the same trap by promising too much too soon.

Can’t remember what the plans were now but I know the first map release will be infantry only but I’d see it as a lost opportunity to not try add some vehicles to this mod and have 50/50 split of infantry and vehicle maps.

It be good idea to try implement some asymmetry too. For example using the bike and side car as the Axis’ version of the Armadillo, it can only carry two people but have a mounted weapon in the side car and make it quite fast and agile, the Allies in turn would have a Jeep, can hold two more players but is bit slower and has no mounted weapons. (I know they did mount weapons sometimes) I’d refrain on trying to make either realistic in terms of how they actually did compare against each other.

I’m not sure how to go about using tanks though, making them slower than ET:QW would be a must and have long reload times and I guess you can vary the amount of both values on each side to offer pros and cons and also thrown health/armor into the mix. I’m just throwing ideas out so not going in-depth much really.

Anyway, if you have a low poly version of that bike I’d love to try get it working ingame, may look odd as it would be using player animation for driving the husky but besides that I reckon I could get it drivable.

Last version of the allied model I think. It looks good in my opinion. What do you guys think?

The helmet is too big in my opinion.

Seems it’s too large, but not overall too big!