What was your first Splash game?

We’re approaching a new release (Gears Tactics - pre-load if you haven’t) and it’s natural to get a little nostalgic about the journey we’ve been on as a studio in the almost TWO DECADES we’ve been around.

What about you all? What was your first Splash game? What are some of your earliest memories of it? 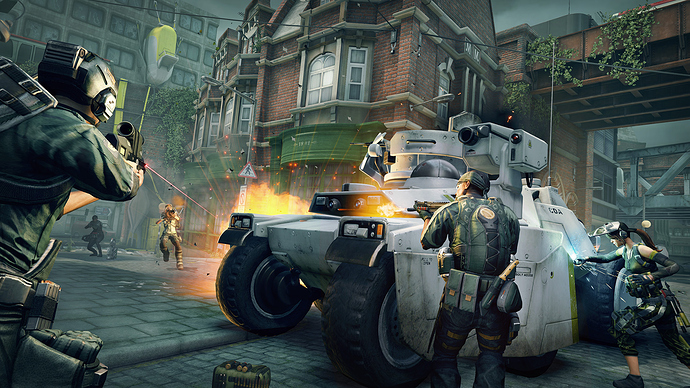 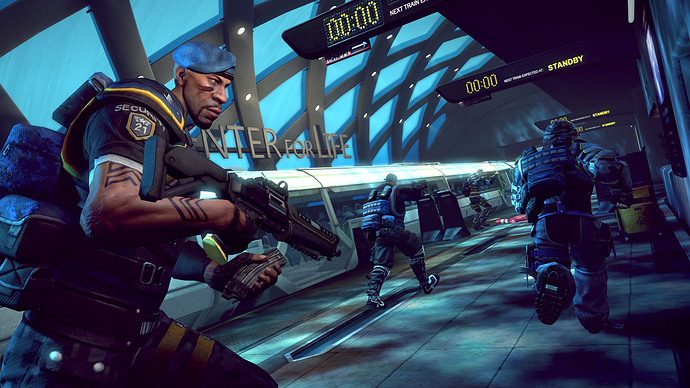 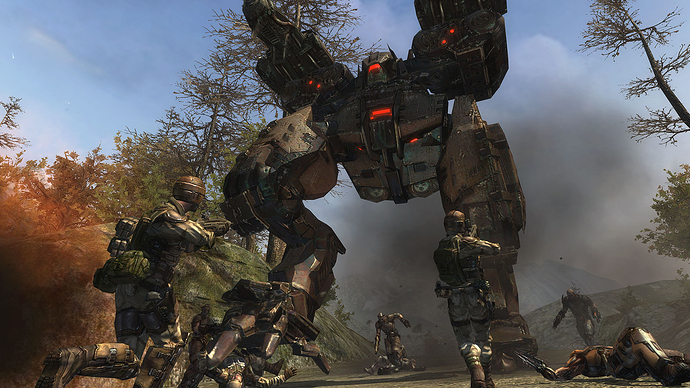 I love hearing about people’s gaming history and memories, so here’s some of mine.

Back when Safeway used to have a kids creche area where whilst your Mum did the shopping I spent the entire time playing on the Sega Saturn. At home we had a 386 with turbo button where I played some of the greats; Duke Nukem, Wolfenstein 3D, Commander Keen, Jill of the Jungle, Doom, Quake, Day of the Tentacle, Battle Chess.

So when the the Dreamcast hit the scene I was all over it. Apparently the things you do and listen to at age 12/13 are what you’re most nostalgic for, so no surprises I’d argue black is white that it was the greatest console ever created. It was around this time we upgraded our home PC as well, I recall Motorcross Madness, FIFA 98, and Formula 1 saw a lot of playtime.

A few years later when we finally got broadband, before which when your Gran phoned up and your Quake III Arena match got disconnected if wasn’t fun. Finally I was able to play online with friends without worry; UT2003, C&C Generals, and AoE Rome were some of the staples.

It wasn’t until University in 2005 when I was first introduced to an SD game, Enemy Territory. Far too many late late nights and beverages were consumed.

The rest I’m sure you can guess; ET:QW, Brink, DB. Corporate gigs can be fun, and great for paying the bills, but I really hope SD are able to get back to their roots in the years to come, with some more fantastic PC team class based FPS action.

Currently enjoying a bit of Hell Let Loose, in-case anyone is interested to know, it’s kind of how you might imagine Battlefield could have been if it didn’t become shovelware, so looking promising.

I was plaing alot duke3d, doom and later sim city… then I remeber unreal was great but obviusly with different hardware.
the next thing i remember ET(beta) and later without beta to which i stick until ETQW to which i stick until DB which i still like…
in between a very short trip to portal (1+2)
ETWQ and DB I like verymuch because of the asymetrical stuff
Next game I probbably play would be ETQWDB

and citys skylines… steal me alot of time

I was a massive Quake 3 fan and tried many mods, and Q3Fortress was one of them so I guess that counts technically. I never stuck with it as it wasn’t my bag, but the natural progression from RtCW to W:ET led me to here and I haven’t left since it seems.

This is awesome! I do have to ask what kind of kid’s creche has DOOM, Duke Nukem and W3D in it though…

My first SD game was ETQW, though I don’t have many strong memories of it - my PC and connection were pretty terrible, so I can’t imagine it was particularly enjoyable.

What I do remember is Brink. I was at Gamescom that year and I queued for what felt like an entire day to play Brink on the booth. I can’t imagine who would have been working the booth all those years ago… I imagine Paul and Rich would have been there, maybe Anti?

Amazing how things work out, huh?

This is awesome! I do have to ask what kind of kid’s creche has DOOM, Duke Nukem and W3D in it though…

Nooo, the creche only had a Saturn, and maybe a Mega Drive thinking about it. Things like Sonic and the like.

The PC games were played at home.

My first game was ETQW. It was and still is my jam

when I can direct connect with the guys from TAW. I still think it’s the best combination of an objective/class/battlefield based game. And quite frankly it’s my favorite multiplayer game followed closely by DB and then ET (ET has aged a bit for my tastes, but ETL looks promesing). Even with that 30 fps caped engine, I would give my left arm to have ETQW at least available again or to have a source code release like ET.

I think there is something to say about Splash Damage as a dev. Even after their games are long past their prime or become unavailable they still have small but dedicated communities around them that won’t play anything else. I guess it’s the modding scene that Splash came from or something, but Splash knows how to make great games that people stick with and develop communities around.

Delta Force 2 was so damn good…