Btw Dushan if you are interested of some OverDose engine things, then here u go: http://odblur.svn.sourceforge.net/viewvc/odblur/code/OverDose/

Thanks for link, but I am not interested in OverDose.

What means dynamic sky. What you show in the video is possible with vanilla et engine afaik.

What means dynamic sky. What you show in the video is possible with vanilla et engine afaik.

because this is done with GLSL files

Very nice work, Dushan - and of course nice to see you are still working on this

[QUOTE=Dushan;400760]Thanks for link, but I am not interested in OverDose.

Make it into minutes, and at every minute the shader will be made more into night or day.

As far I have got that by using Q3 shaders, but the problem is that it was too fast. It only took 30 sec and voila night and then another 30 sec and day… -.-

That is a really cool idea!

That is a really cool idea!

I agree, would be really cool to have a lighting system that reflects current day time or a day night cycle per map or something similar. I was disappointed when BF3 didn’t have this.

Well guys its time that I share with you my latest non C++ stable build of OpenWolf.

In OpenWolf.zip you have both x86 and x64 build along with my testing maps (test_bsp_splitting, test_newton, test_sky, test_tree, test_volumetricLight and test_water) from where you can test most of features what is there and what I shown in videos and pictures in this topic.

Possible problems (what I know so far):

EDIT: Don’t be to harsh with me, this was mostly one man work.

All binary files are build with debug information and map file name, so if crash happen, you can check dump file inside “C:\User(user name)\Documents\My Games\OpenWolf\bugs” and debug problem yourself.

I will upload soon textures what I have and got from others (about ~2.1 GB) but it will take me forever to upload.

Soon I will provide better build with few bugs fixed and localization support for cgame and ui. I simply didn’t had time to add files now.

I will document cvars what I introduced inside OpenWolf in next few days.

Also I have opened chatroom on freenode server #openwolf for contact.

The Xreal Renderer has a really slow start up time, switching to Vanilla fixes all that, for some reason Fullscreen does not work. 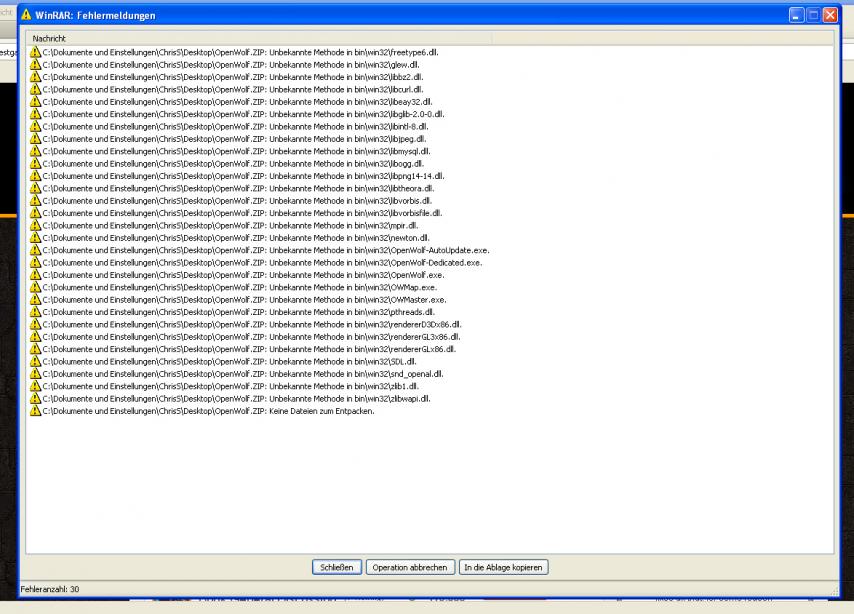 Use 7Zip to unpack.

Maybe you can use a SVN or something like this for textures?

Thanks for sharing, downloading now

Use 7-zip to extract. I have used different compression

[QUOTE=Gir;401459]The Xreal Renderer has a really slow start up time, switching to Vanilla fixes all that, for some reason Fullscreen does not work.

Just replace your old files with new one

Edit: I can after selecting once an other window.

Your custom maps aren’t listed in Host Game, but I guess you’re aware of this.

Characters are not well aligned, you may be already aware of this as well

Foliage does not work in Xreal Renderer

Foliage does not work in Xreal Renderer

You are doing something wrong

You are doing something wrong what map is that

EDIT: Like I told few posts before, there are much of incompatible and missing parts in XreaL for Enemy Territory

EDIT #2: To tell truth, I didn’t even know that is not working inside XreaL renderer

EDIT #3: After little investigation “ParseFoliage” in XreaL renderer is still under TODO list,
Thanks for pointing this

Thats why this is in beta development and release stage, so we know how much need to be fix

what map is that

EDIT #3: After little investigation “ParseFoliage” in XreaL renderer is still under TODO list,

How about real-time vegetation rendering