Hi everyone, I’m working on a custom map and didn’t have this problem before when using the mapshot command. The error I’m getting is:

I know the error is occuring because the last number is 0.000000 which is basically 0. How do I prevent the “y” coordinate from being zero. Do i have to change/add something in editWorld. Thanks in advance!

Also another question…
When using the mapshot command for images greater than 256x256 (for example 512x512), I’ve found that a 512x512 image is produced but is overlayed by the current FOV on the screen.

I used the following command.

Is there something else that needs to be set for higher resolution mapshot images. Thanks everyone!

I don’t know why but I’ve been struggling with the mapshot command in my current map too and also getting my current view incorporated into the mapshot output. Anyway there are two other variables you can use to see if it makes any difference. after 512 you can also set the number of blends and the number of tiles.

Thanks for the response Chris. I did try out those other settings but have had little luck. I got past the “bad fovs” error, it appears that when loading the map that you need to actually spawn at a spawn point. This might set up some rendering things. Once I clicked the “Spectate” button at the main menu, I could run the mapshot command and generate a 256x256 image while using the settings specified in the directions in the link you provided.

I am still unable to get higher resolution images though :-/

I really wanted to have high quality mapshots, but I gave up on the mapshot command at high resolutions. Since the default mapshot command also works for tiling, I used that to my advantage and so I wrote a C# program that solved my problem: 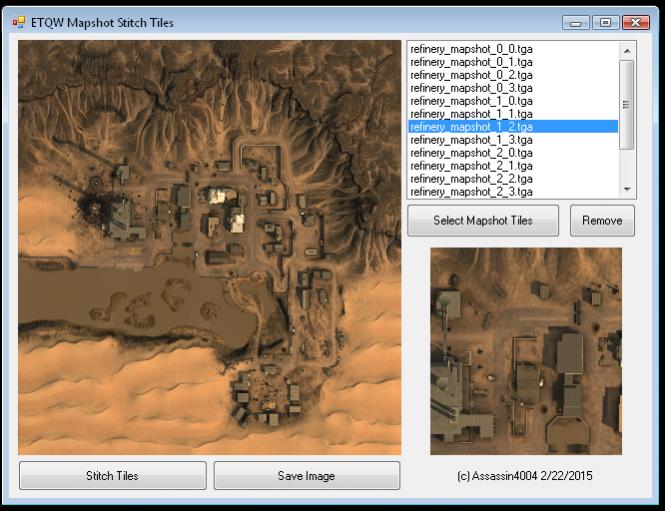 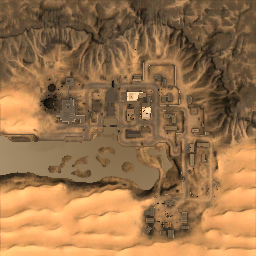 Yes, 256 works for me too. I also have problems with the sheet editor too, wonder if it’s all related to modern video cards/drivers?

Hey everyone! I’m having problems taking a mapshot that I didn’t notice before. My entire map’s size is 40960x40960. The main gameplay area is 32768x32768. When I take a mapshot to create commandmaps, it only obtains an image covering the 32768x32768 area and therefore I can’t form my out of bounds commandmap. Is there a way to change the FOV of the mapshot command to include the entire map’s size? Or is there another way to obtain this image that doesn’t involve using a mapshot command.

I looked at Donnovan’s Glory of the Week map as an example and he somehow has the entire map’s mapshot.

/SOLVED/
Apparently a megatexture must be applied to the terrain model in order for it to take a 40960x40960 FOV for the mapshot command. Not entirely sure why!

Does anyone know any command to hide things like vehicles/players/bots when taking a mapshot?

I just wanted to comment on this… I have been playing around with creating a mapshot today and had thought that it requires a megatexture. I actually found out that a megatexture isn’t needed and that the mapshot command will still take a mapshot even if your map only includes brushwork.

I also found out that the mapshot images generated are .tga files that may look black, white, or transparent or a combination of them all. This happens when you open these .tga files in an image editor like paint.net or view the thumbnails through Windows Explorer. My program I made to stitch the images together somehow stitches these bad images together and fixes them so they are colored. I think this is the same issue that taking levelshots has. The thread “[Question] How to take a good screenshot of ET:QW?” hints at the same issue and individuals there thought it had something to do with the alpha channel of the tga. Whatever it is, the image data is in fact in the .tga files it just needs a bit of work being reformatted somehow.

I also found you can turn bots off with “bot_enable 0” and then kill all existing bots with “killBots”. This way they won’t appear in the mapshot.