Place the df_eng.pk3 file in your Wolfenstein/Main directory, then boot Wolfenstein, open the console, and type /spmap df_eng to start playing.

The source file is included so you can see how the map was made and you can make your own changes. You do not need any permission to use ideas or any part of this map in your own work, nor permission to release any map you created based upon it.

World War II rages on in 1943 with no end in sight. The Kreisau Circle has gained intelligence that a top-ranking German engineer is scheduled to arrive for an inspection of a key manufacturing facility. Termination of this engineer would be a critical blow to the German war machine. Therefore, the Office of Secret Actions orders that Agent B.J. Blazkowicz be sent on an assassination mission to this facility.

You are ordered to infiltrate a German manufacturing facility and terminate the engineer who is scheduled to lead an inspection therein. A double-agent working at the facility has arranged for the elevator to malfunction. After termination of the engineer, your best chance of a quiet escape is through the steam tunnel located beyond the main warehouse.

I started working on this mission in February 2013, and had a beta test version by the end of December 2013. It would have been released in summer 2013, but the project was set aside for several months as I was working on a major redesign of my web site instead. This is my second mission for Wolfenstein.

The style and difficulty of game play should be similar to the official Wolfenstein maps. I made extra effort to build replay value into this map. It won’t be exactly the same game each time you play.

The large warehouse full of crates is based upon the Government Warehouse from Indiana Jones. The room after the warehouse, the one with the barrel ceiling, is based on a picture of a prison block that I saw in a magazine. I think it was Alkatraz. It was all concrete, two levels, with the center open to below.

There are two secret areas in this map, and they are around the same place. One is fairly easy to reach. The other one is a bit trickier to reach.

I appreciate the play testing and feedback given to me by the following people:

Thank you very much for your work W0LFMAN,

Good luck with you future project RtCW and with your real life.

Good map! It was a good play on it. Nice work

My review of Engineer Assassination

It was better than your last release, but it could have been perfected a little more.

Thanks ronboy, that was a fair review.

What is the explanation behind the vents at the start and in the garage?

It was an idea that I had scrapped, but I decided to leave it in, and there’s even AI scripting for it too. Originally there was going to be two ways to play through the mission.

Why is the first objective right at the start of the game?

To answer this question, we need to go back to my first concepts of what this mission would be. I had originally intended for it to be a stealth mission. You would follow the engineer and a team going with him throughout the facility.

So the very first cutscene was going to be the engineer and 2 or 3 other people getting on the elevator, and they would ride up to the second floor, uninterrupted.

Meanwhile, BJ would be following along behind them, perhaps hiding behind columns, or crawling in an overhead vent, or taking a back stairway to meet up with the party touring the facility.

At some point, the engineer would make his way to an office, and he would be on his own. Then BJ would attack and then proceed to escape the facility.

Well, in order to make this less boring, there would have to be new dialog. A lot. And so I decided to scrap this idea and instead turn the map into more of a conventional hit-and-run type mission. But I left the engineer right at the start and added in the elevator breakdown.

Why doesn’t the first mission (Threat Assessment) follow through to this one?

These two missions don’t take place at the same location in Germany. There’s no cut-scene or explanation in between to say so, but they’re different places.

I don’t want to give a whole lot away, but I have plans for a third mission. And after that my plan is to remix these maps so that they fit together more cohesively. This may or may not ever happen, but since I’m releasing the .map files, anyone else could do it if he/she wanted.

Very cool! Thanks for sharing.

Thanks for the explanation, W0lfman. It makes sense now.

Nice video, Eugeny. I like the updated engine you used in the video, but what’s wrong with the player’s camera movement? It looks very strange.

YouTube said that the video is not stable, and asked to fix. Here’s what happened. Tonight at be reloaded

The video is much better now.

Nice video @Eugeny - nice video showing a lot of details of more about this project. Thank-you for this good work. 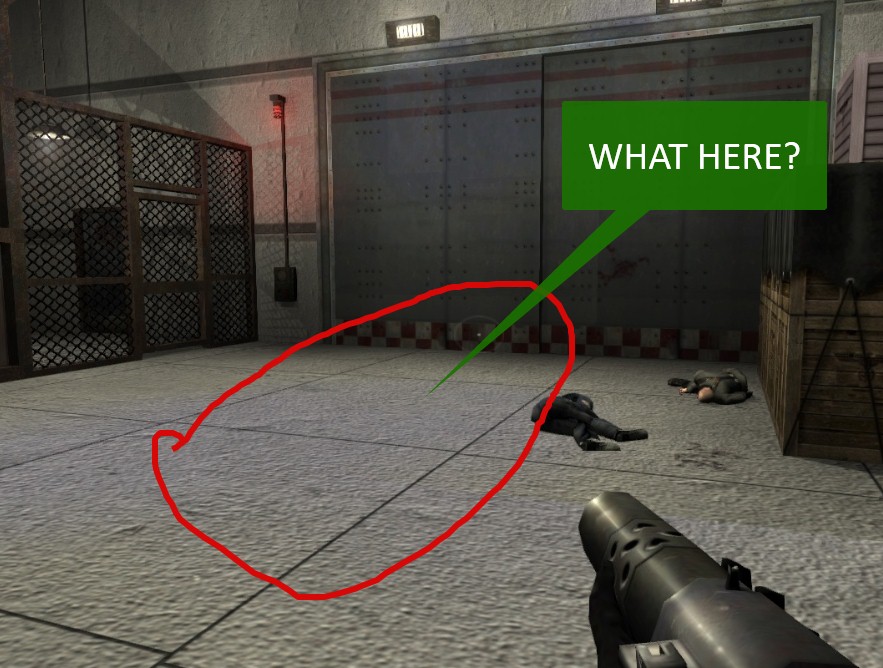 The nose cone of the V2. Also, you’re missing the ceiling chandeliers in the main hall.

I’m also missing the V2 nose cone, and some other model in the room beyond the large room shown on the above screen. I honestly think a “patch” should be released to correct some AI bugs as well as fix the missing models.

Hello, Guys.
I played this map on RTCW 1.0 with GtkRadiant 1.2.11 installed and i haven’t problem with V2 model.
See screenshot attached.

to correct some AI bugs

What are the AI bugs?

[QUOTE=vicpas;488330]
Another link to download: http://rtcw.gamebanana.com/maps/178822[/QUOTE]
Thank you for posting it there. I also submitted it to Planet Wolfenstein on Filefront.

Sorry, I meant bug, not bugs. :o This is the only AI bug that I found:

How do you know that’s a bug? Maybe I designed it that way on purpose!

Yes, but the officer should at least stand still and cower. Letting him run around with that “invisible pistol” animation makes it look like a bug.