[MAP] Lays of Schwarzwald B1

Hello everyone, I would like to present another map that was made for the 2018 map contest by me. 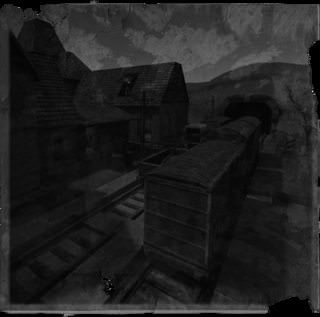 ○ About:
The style I chose to work with is a summer, 1940’ european forest village.
It is situated in the woods of famous Schwarzwald forests, where axis team run a secret weapon project to develop a new kind of rocketbombs.
Allies objective is to overrun the village and secure tunnels inside mountains with tank. Their next mission is to ambush axis rocketbomb factory and destroy everything whats worth. 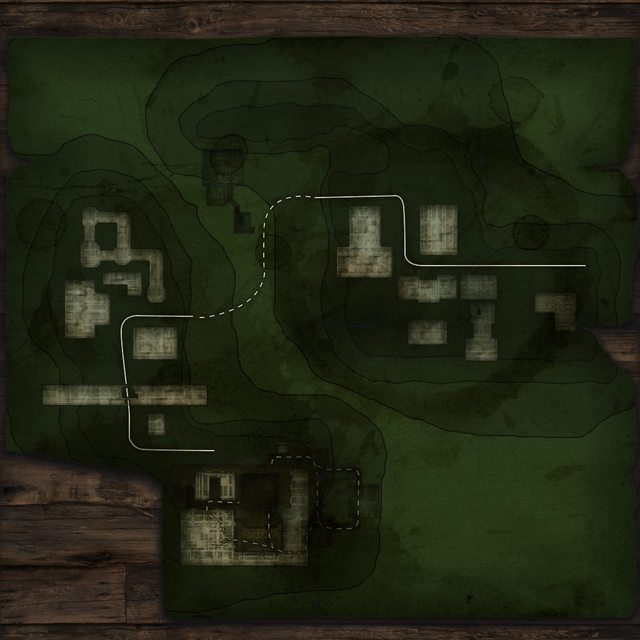 ○ Gameplay explanation:
After allies pass the 1st part of village, the tank will destroy tunnel doors, which will give Allies access to a Command Post placed in the middle of tunnels.

With tank at its final position, the map permanently moves to its final part - the Rocketbase.
Here, Allies will have to bring 4 dynamites and place them around the rocketbomb to blow up the base. 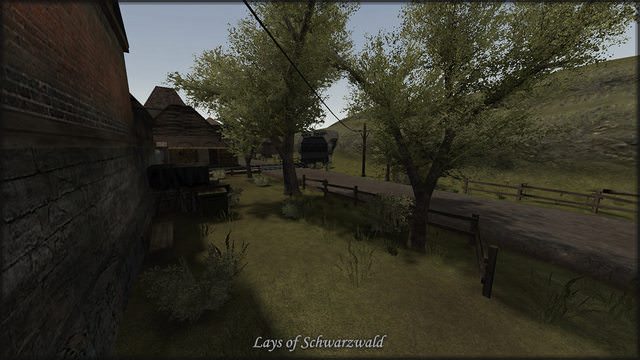 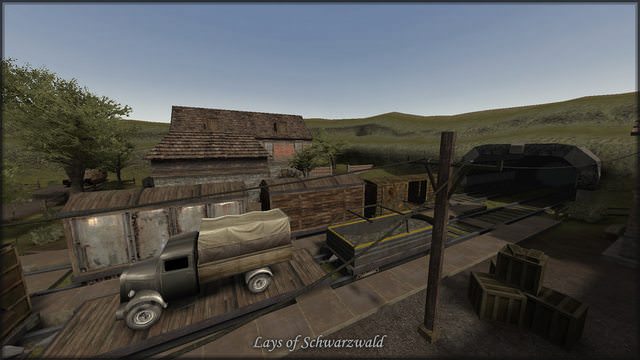 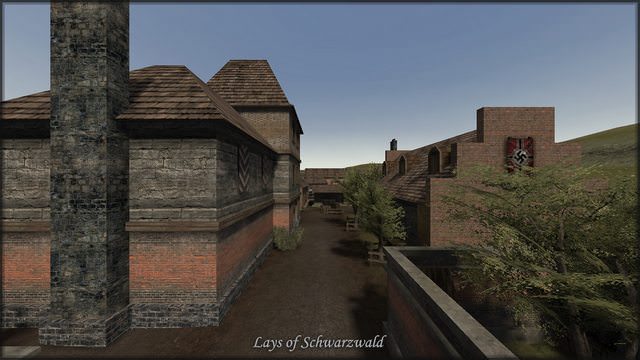 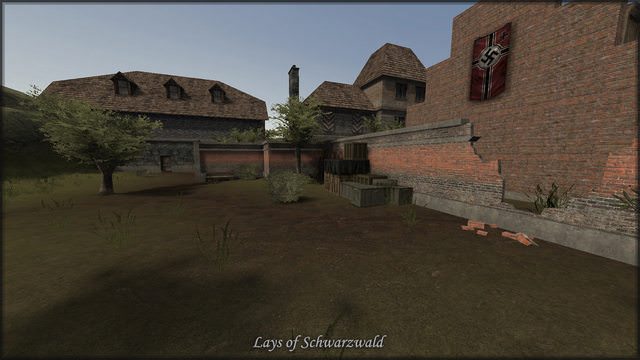 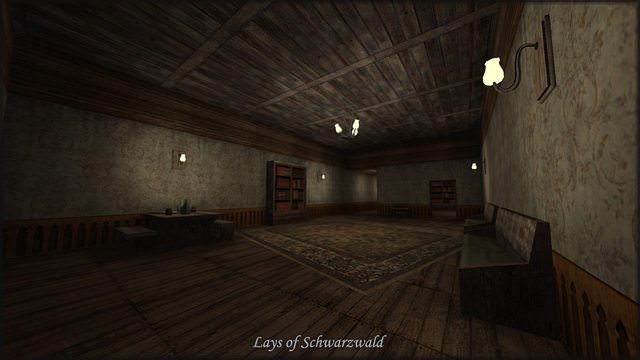 MIddle part (around the tunnels) 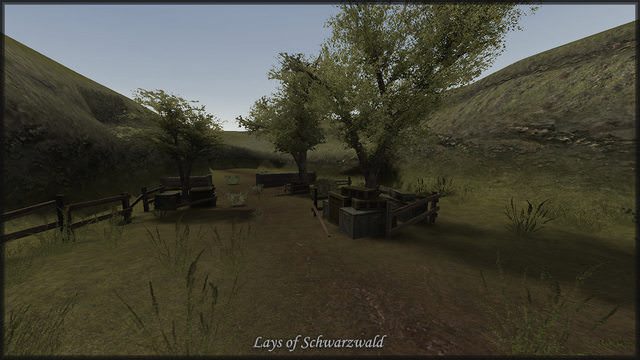 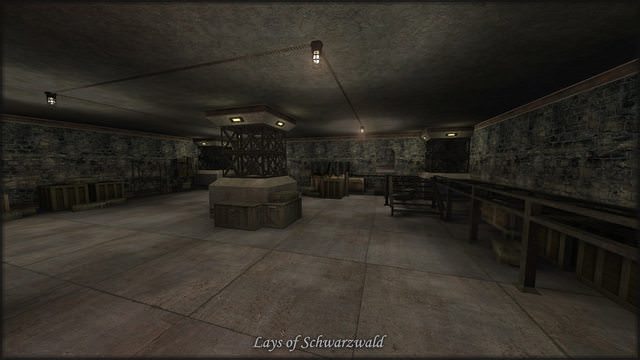 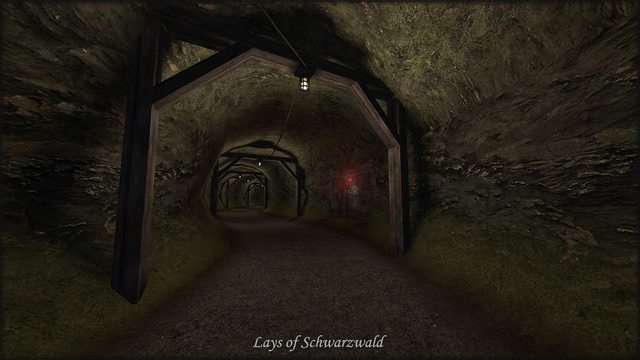 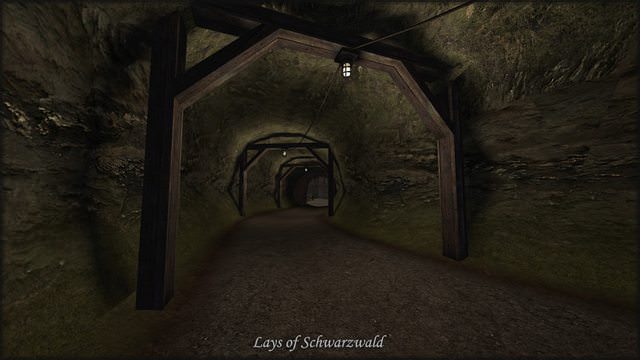 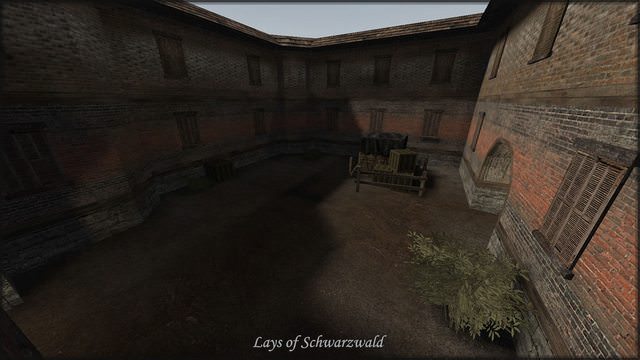 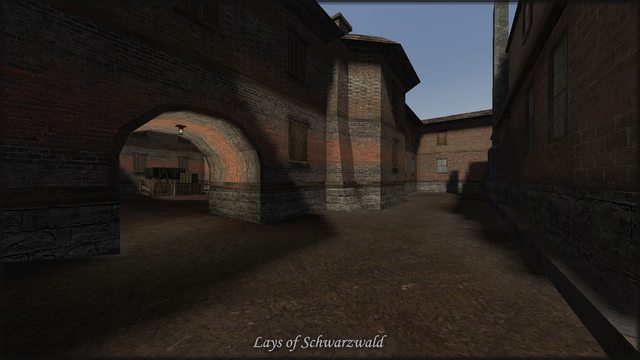 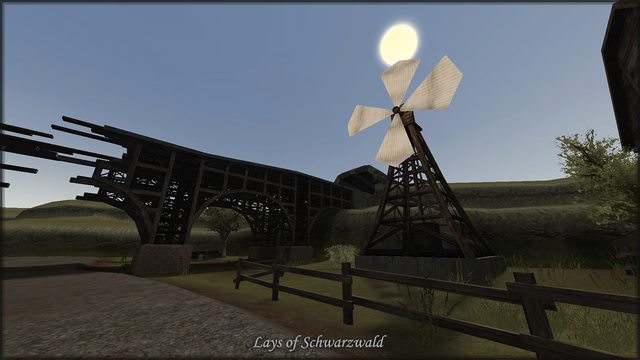 Third part (around the Rocketbase) 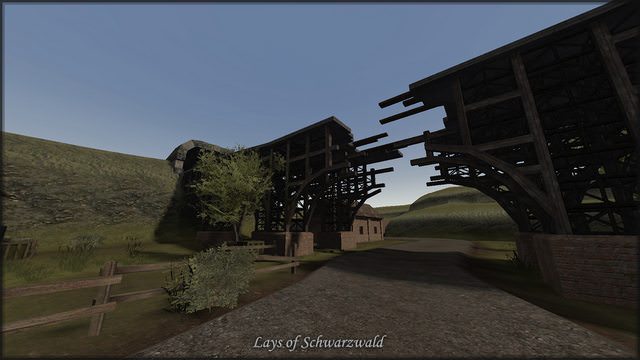 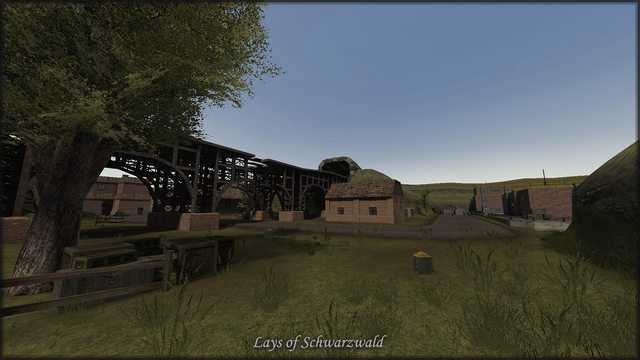 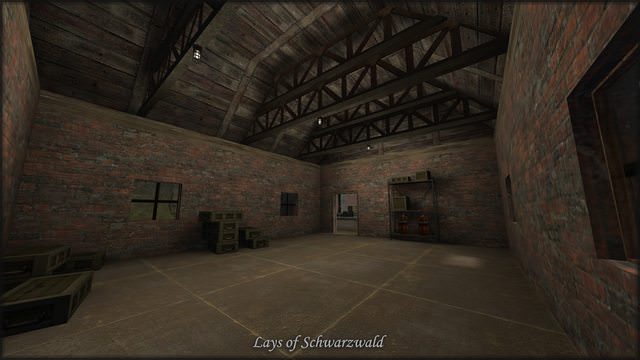 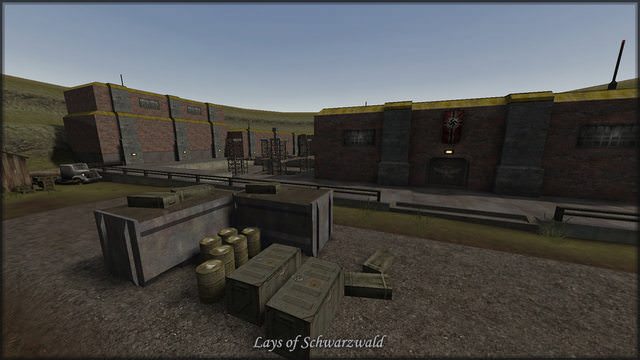 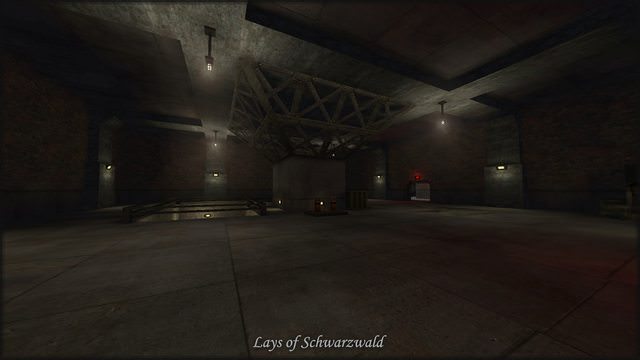 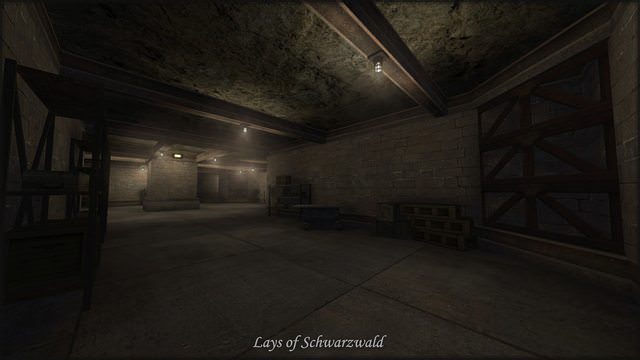 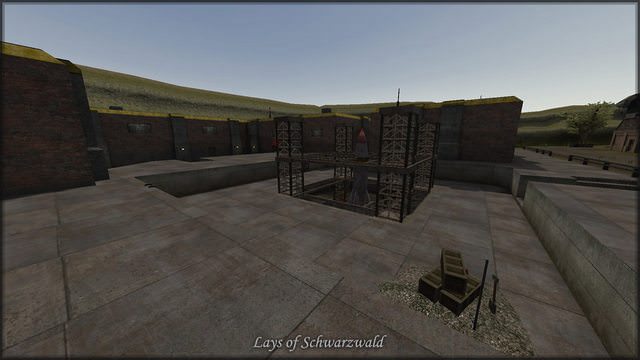 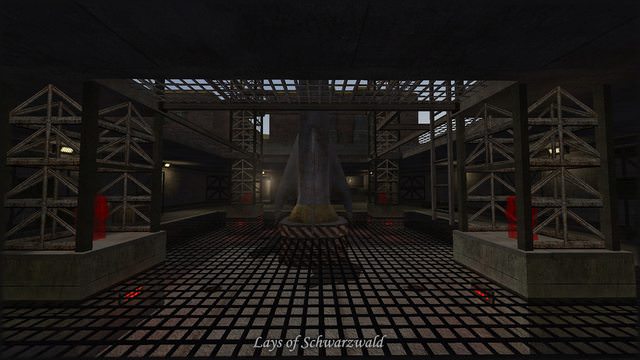 ○ Special thanks for help and feedback:
Kemon - ‘directly’ for nice textures. For example asphalt, or trunk texture on trees.
Then Mateos, Thunder, [UJE]Niek, Ray, Loffy, Macchute, ryven, Ensiform, Aranud, Aciz, hatcher, JoNny, Old-Owl, and all others (mostly from Discord…) that I talked to while I was making this map.

And at the end of this post, I want to congratulate to mr. Macchute to his winning and his beutiful map, and mr. Kemon to his 2nd place… and beutiful map.
I would also like to thank organizers of this nice map contest, because otherwise I would be lazy to work on such a big map, and it would probably never exist, and thank to all participants so we had some fun together. 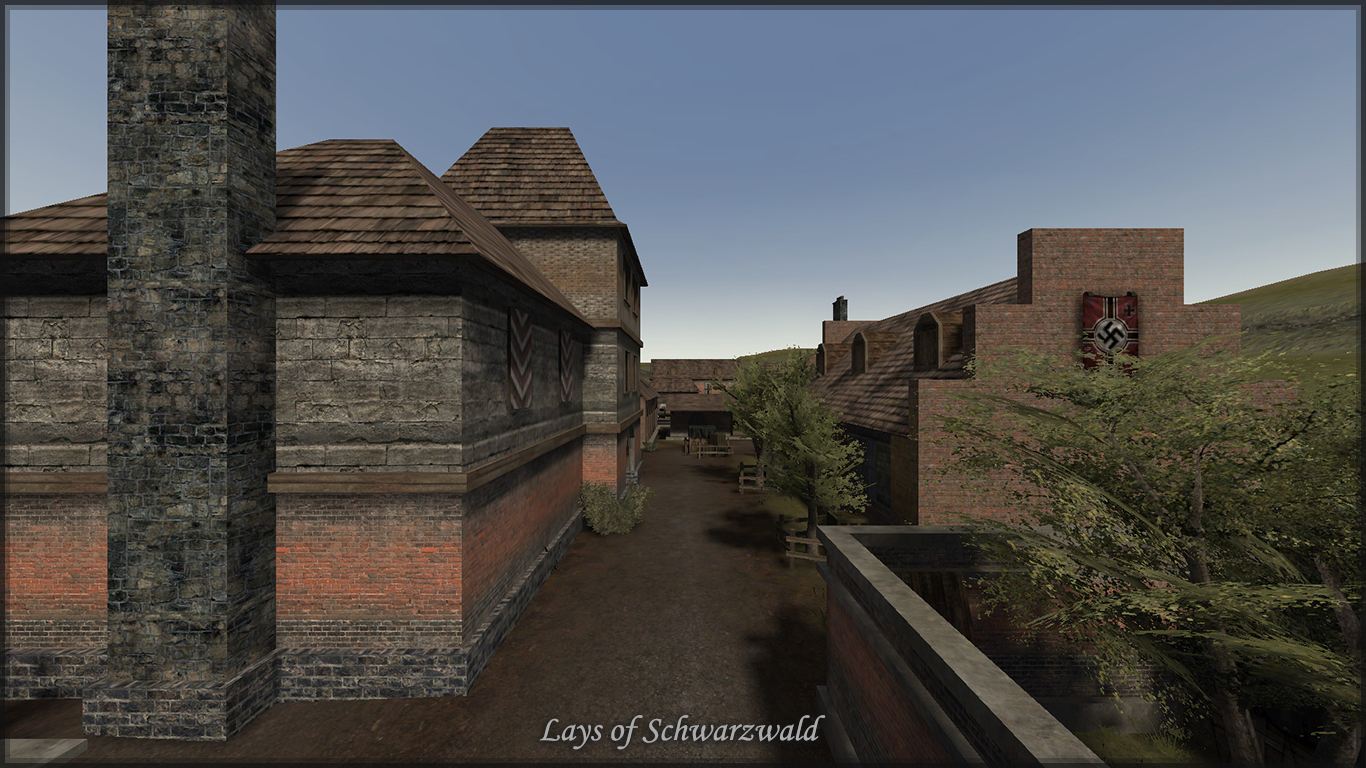 Custom map for Wolfenstein Enemy Territory. The map was part of Trackbase Map Contest 2018. Made by WuTangH.

This map is simply wonderful.

I don’t know if I prefer the bunker underground, the flawless terrain blending in the tunnel or the cozy village courtyards. You have created such a nice atmosphere and environment.
I thoroughly enjoyed the gameplay on UJE yesterday. It was a bit quick at first, but I guess because everyone was new to the map. The map objective is a good mix between document-run, as you have to bring the dynamites to the rocket, and construction.

The map also ran smoothly with 9v9 and I haven’t noticed any (significant) FPS drops.

Like you said, it was good for everyone to have a fixed schedule, otherwise all of the maps probably would’ve dragged on for a while. I know mine would have.
So, congratulations on the release. Will see you on UJE.

This was also an beautiful map. Have to say, you @WuTangH has developed alot as a leveldesigner. Good work indeed!

Very nice screenshots! I really like that broken, wooden bridge.
I also agree that this mapping contest was a great initiative!

We really should try to organize one every year. For a possible next one, I’ll see if we can get ET: Legacy on board as sponsor and/or judge.

I thought about a contest regarding the map overhauls of the standard maps, but that doesn’t have the same appeal as creating a map completely from scratch

Love this map, it has an amazing overall feeling of spatiality (didnt find another word for it sry…). What i mean is that all the buildings and interior/exterior come together from size perspective. Stuff isnt tiny, stuff isnt big, just the right sizes from every angle.

Looking forward to playing this in live, maybe it can support up to 32 to 32 players.